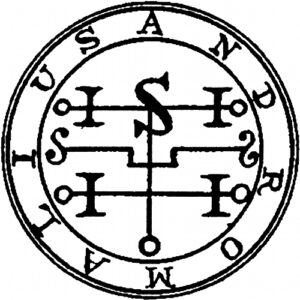 The PCs were investigating a haunted mansion at the edge of a scrubby little shanty town. Word was, there was a massive treasure in the old house, and they’d pledged to try to save the townsfolk from starvation. As it turned out, the house wasn’t so much “haunted” as “infested with fiends”. Many years ago, the wealthy mining baron had been dabbling in magic he didn’t understand, and flung the open an interdimensional doorway to the Lower Planes. He and his whole family disappeared, and the town fell into ruin.

Well, the PCs finally entered the locked library. There, trapped in a magical summoning circle for all these long decades, was none other than the Ba’atezu Andromalius. (I love stuffing my games with tidbits from actual magic tomes.) The characters were all L2 at the time–let the collective pants-shitting commence!

I wrote this encounter to give the players a taste of You-Can’t-Fight-Everything. They had to dust off their INT and CHA and talk their way out of this one. Eventually a deal was struck: free Andromalius from the binding circle, and he not only wouldn’t harm them, but he’d stick around for ten years to protect the townsfolk and ensure that their community regained its former glory. It wasn’t the treasure they were expecting, but the PCs’ quest was successful…for the moment. (And what’s ten years to a Ba’atezu?)

Luckily for all those hapless mortals, Andromalius is a fiend of his word. He even gave the mage a new spell for her book.

This works exactly like the basic Magic Missile spell, but each missile does 1d6+1 points of damage. Additionally, each time the spell is cast, there’s a 25% chance (non-cumulative) of Gating in one Lesser Ba’atezu. This creature will fight for the caster while the melee is in effect (it is not under their control, but willingly does what it deems necessary to protect them). When the immediate danger has passed, this creature is free to go, and may do as it pleases on the Prime for one month.

Of course, Andromalius didn’t tell the mage exactly what the spell did when he gave it to her, and now there are a couple of free-willed Ba’atezu running around my world wreaking all kinds of havoc–er, future plot hooks. 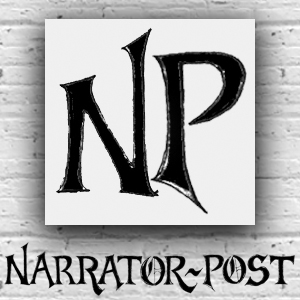