When I was a novice player, my first DM would let us “roll to bandage” to regain 1d4 HP after a melee. You had to do it before any magical healing or the bandage would have no effect, and it required no special knowledge: anyone of any class could bandage anyone else.

Come to find out, that was sort of a house rule. (We did a lot of things in that group that I later discovered weren’t RAW.) I still use it in my games, but experienced players who join our table tend to have a lot of questions about it.

This post in Dragonsfoot Forums claims that bandaging is an official 2nd Edition rule, but unless they’re talking about the Healing proficiency, I can’t find it in the core books. Not even after I searched for five whole minutes. It seems like there’s a lot of different takes on it, too…maybe, back in the mists of time, someone had a new interpretation of some healing rule and it just spread through the gaming community like a virus. (Please comment if you know exactly where I might find it in the books, ‘cause I’m done looking.)

Is There a Doctor in the House?

A couple of years ago, our group decided to lay down the rule as we would play it:

– Unless a character’s backstory or personality traits prevent it, we assume that adventurous types know their way around cleaning and wrapping a basic wound. Anyone may roll to bandage someone’s physical injuries for 1d4 HP before magical healing comes into play.

– We invented a new non-weapon proficiency: Field Medic, which grants 1d6 HP for simple first aid. It’s mostly an expansion of the Healing proficiency, which is a prerequisite to being a Field Medic, but it can be done at any time during the melee (as opposed to within one round). This is not cumulative with regular bandaging–it’s one or the other, and it only applies to normal wounds. It has no effect on poison, disease, and certain types of magical damage. (Of course, no type of bandaging is cumulative. You make one roll, and you get what you get. Any further recovery must come from spells or natural rest and ministrations.)

A couple of players have complained that bandaging in general–and especially our Field Medic proficiency–makes clerics kind of redundant at low levels. Maybe so, but if the magic-users can stick it out until they can finally cast a decent Fireball, then I’m sure that any cleric worth their prayer beads can just find other ways to be useful while they wait for that Cure Serious Wounds spell. 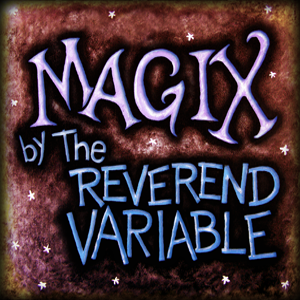