Huh? I didn’t catch that: A guide to better audio for online gaming

How many times have you had to ask someone to repeat themselves during an online RPG session? If the pandemic has taught me anything, it’s this: most people know diddly-squat about good sound. Not that there’s any shame in that, but you may be missing out on a greatly improved online experience. Putting together a decent online gaming audio setup may seem intimidating and costly, but I promise, it’s much easier and less expensive than you think.

Prior to Covid, our group played tabletop RPGs live and in person. When the lockdowns put a stop to that, we switched to online platforms to keep the game going. I quickly found myself dissatisfied with my sound quality and decided to upgrade my gear…on a budget. Being a musician for many years gave me a good advantage on knowing what to look for, but I also did a lot of research.

Here’s a few things you can do to improve not just your own online gaming audio, but also your whole group’s. Because I know times are tough and money is tight, I’m only going to talk about the barest minimum requirements in this series and will post links to inexpensive gear along with some recommendations. There’s plenty of excellent, affordable equipment out there, so consider my suggestions to be merely a starting point.

First, I want to give an overview of the essentials to get good sound both in and out. The tools you need are: 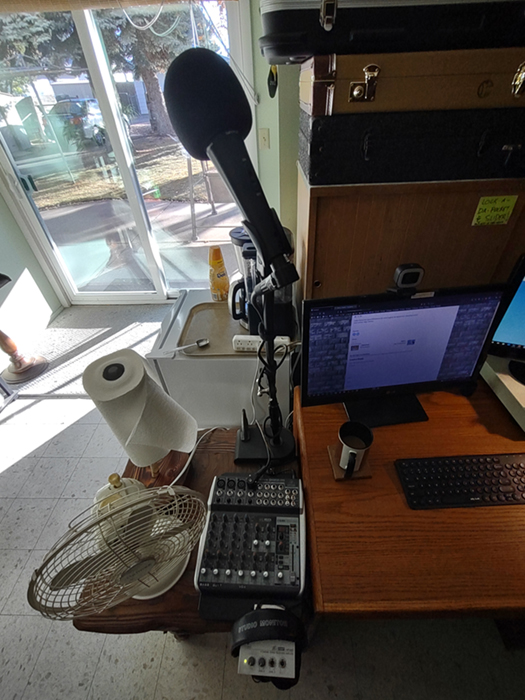 You can also get a USB mic and skip the separate interface, but that limits you to only voice audio, which is okay if that’s all you are going to use it for. My personal setup has multiple inputs because I had this crazy notion that I would podcast someday and wanted the ability to have enough channels for up to three guests. But I still have a killer setup for less than $300, and everyone in the group has commented on how great I sound. Not good, great (and I was only shooting for good!).

My sound gear comes from a company called Behringer. They make really good, inexpensive products that last for ages. The only thing I use from another company are my headphones, which are Sony studio cans but that’s just because I’m picky. (I splurged and broke the $200 barrier for these, but you don’t need to spend a lot on headphones to get decent sound out of them.)

There’s one more thing that I personally consider essential: a piece of software called Voice Meeter. It’s not imperative, however, I encourage everyone to give it a try. It’s free! (But please donate if you can because it’s 100% worth it.) I’ll talk about the benefits of Voice Meeter in a later article but let me tell you, I am so glad I found it. I know if you take the time to learn how to use it (it’s easy), you’ll love it too. It also comes with a virtual equalizer, and I cannot stress enough how important equalization is.

Whether you go with a USB mic or an XLR mic/interface route, either way the setup is pretty simple. For a USB mic, simply plug it into a USB slot. You may need to install a driver, but most computers will automatically install one for you. You can plug your headphones into the mic if it has that feature. If not, then plug the headphones into your computer. If you can’t hear yourself talk with the headphones on, that’s where Voice Meeter can help you out.

Note: Having headphones is important because it will eliminate echo, which happens when your mic picks up the speakers. Echo is caused by lag: the time it takes a voice to go from the mic, through the internet, and out the speakers. Headphones will prevent the mic from picking that up. The interesting thing is, without them you might not hear the echo, but everyone else probably will, and it’s super annoying. Once you get your mic hooked up, you may have to change the input in your sound settings, but most USB mics are plug and play.

If you go with an XLR mic and an audio interface, the only real difference is the addition of an XLR cable to connect the mic to the interface (and also the ability to connect instruments like guitars and such). The rest is the same as previously discussed, and most audio interfaces offer a headphone jack so you can monitor your voice. Again, it should be a simple plug and play action, but you may need to install a driver if your computer doesn’t do it automatically.

It’s fairly simple to get podcast-quality sound with a small investment and minimal technical know-how. It’s worth the effort, because it greatly enhances the gaming experience for everyone involved. We can spend more time gaming and less time asking people to repeat themselves.

In Part Two I’ll discuss microphones (and why you need one) in depth. Cheers!

I am not sponsored by or have any affiliations with any of the brands and websites mentioned. 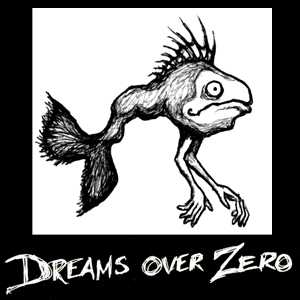