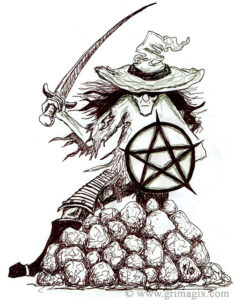 Every DM has that player. They’re never satisfied with a straight-up Human fighter or cleric or whatever. Noooo. They want to play the weird player characters: a vampiric half-dragon raised by faeries. Or a Goblin paladin of Corellon Larethian. Or a bard who’s actually an 80s glam rocker with a genuine electric guitar that somehow still sounds like it’s coming through a Marshal stack (it’s maaaaagic!).

My answer to these players? Sure! Let’s figure out how to make it work.

My very first D&D character was a zombie. Not like: normal-PC-killed-by-zombies-becomes-a-zombie-and-now-I-need-a-new-character, but like: PC-starts-out-as-good-aligned-intelligent-zombie. How did this happen? Well, the DM knew that if our game was going to become a good story with great role-playing, the players needed characters that they could really get into. I was into zombies. So we made it work.

Some of the weirdest D&D PCs I’ve played or DMed include:

Not only did we make them all work, but those were some of the greatest games I’ve ever played. We’re still talking about them (and I’ll probably post the stories eventually). The trick is to work with the player to design a character that really interests them without allowing their weird PC becoming the “star of the show”.

For some players, that’s the whole point. They’re not interested unless they can stand out as the best, the most mysterious, the most powerful. Some people just need all the attention, and you can either reign that in and insist that they let everyone have a chance to shine, or ask them to find a different game. I’ve been lucky, though. Almost everyone who’s come to my table has not only been blessed with an overabundance of imagination, but a willingness to play fair and collaborate for the sake of a good story.

So the Klingon’s futuristic technology stopped working in this new world (sorry, no phasers), but he still had his bat’leth and dak’tah. We just treated them as a longsword and a dagger, and off he went. The vampire had just been turned, so his powers were at their weakest and he barely knew what he was doing. He was most concerned with getting out from under the thumb of the vamp who’d turned him in the first place. Captain America…well, it was a high-level adventure, so his shield wasn’t any more or less impressive than the rest of the party’s magic items.

All of these characters were successful because of great role-playing. We’ve never had a problem with unbalanced power or one character constantly stealing all the glory. (Well, there was that one time, but I’ll save that for another post.) My players don’t even go overboard with the weirdness: they’re usually happy to roll up standard PCs and make them special with good role-playing. They just like knowing that if they get inspired to make something off-the-wall, the option is always open.

Worldbuilding is a lot of work. If you’re home brewing your adventures and struggling for ideas, let your players participate in the creative process. You’ll have enough material to keep your campaign going for years. 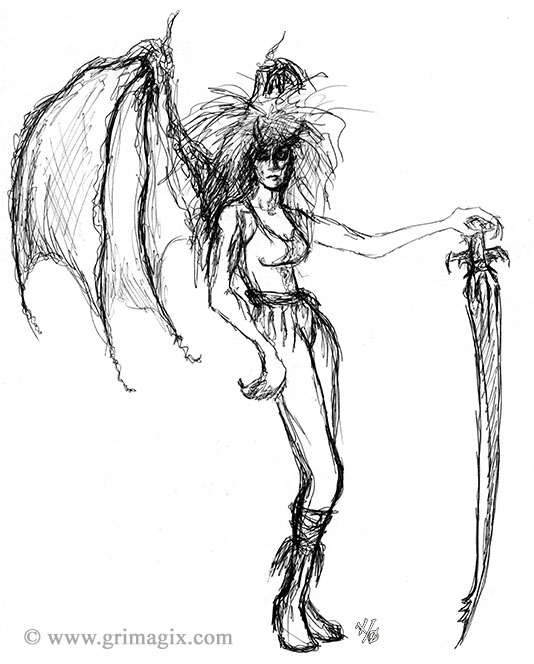 Dimensional portals to another Prime sphere? How the hell did that happen? What else might come through there?

Good undead? Do they have a guild or a fortress? What do the other citizens think of them? What strange power or condition allowed them to keep their intelligence (not to mention their bodies) intact?

A cleric of WHAT, now? You’re going to need a whole new pantheon for that, not to mention a few new spells, temples, sociopolitical intrigue, and an assortment of monsters who can pose a challenge.

You’re the DM. You have the power to take the over-powered abilities down a few notches, dole them out bit by bit as the PCs level up, or disallow them outright. You can also distribute specific magic items to the other party members and/or upgrade your monsters a bit to keep things balanced.

And remember, the custom features that sound so cool on paper may not always work to their advantage. What if they’re so weird that they can’t show their face in public without starting a riot? Maybe they have a chance to lose control of their amazing ability every time they use it, resulting in…unfortunate side-effects. The possibilities are endless.

A nervous newbie will probably be overwhelmed by the demands of the mechanics and role-playing required for really weird player characters. They’ll need a lot of coaching, and it’s likely that you will have to do most of the work designing the character and explaining their own abilities to them (over and over again). Use your own judgment to decide whether they’re capable of jumping into the deep end like that or if they should test the waters first with a simple fighter.

However, players with a few sessions under their belt who get the basics and have proven that they can role-play well and work with the group should be allowed to experiment. Weird player characters are often the first step to a player becoming the next DM and writing their own campaigns…and wouldn’t it be nice to get a chance to playtest your own whacky PC concepts? 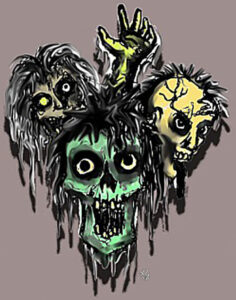 Epilogue: My zombie PC was–is–a Fighter/Cleric. He eventually raised an entire legion of free-willed undead, and they’re about to enter my world as NPCs to stand and fight alongside all the other good folk against the forces of the Negative Energy Plane. We’ve been playing this campaign for over a year now, and I didn’t have this in mind at all when I started writing it. When I realized there was a role in this story for my very first PC, the whole climax just fell into place. Thanks, First DM! I promise they’re just there for back-up and won’t steal the story from the heroes.